Law and Self-Governance in the Early Modern Spanish Empire
Issue 08 — Fall 2021 — Session 03 — Posi­tion­al­ities
By Karen Graubart | Published on November 26, 2021
The early modern Spanish empire was characterized by legal pluralism, the recognition of many distinct legal venues and rules for resolving civil conflicts. That law was generally carried out within repúblicas, institutions made up of people with shared interests, whose leaders negotiated their obligations and privileges with the monarch. This paper will look at a particular case, that of the pueblo de indios called Santiago del Cercado, attached to the city of Lima in the late sixteenth century. The Cercado's residents were governed by a Spanish corregidor, the Jesuit order, the kurakas of the groups of Indigenous laborers forced to work there each year, and local Indigenous officials. Each of these produced a layer of law, and a good deal of that law came from Indigenous judges and leaders. The walled town's fragmentary records give insight into the ways that Indigenous people could shape their lives with law, but also how outsiders could interpret their actions, often unfavorably. 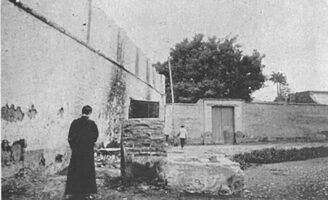 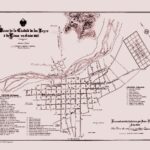 In 1475 two Jewish men, rabbi Mosé Maturel and his son-in-law Muysé, and a Christian friend, Alfonso de Córdoba, walked into the office of one of Seville’s many Christian notaries. The two Jewish men, in the notary’s formula, “renounced the law of Moses,” indi­cating that they were placing them­selves tem­porarily under the juris­diction of Christian judges for the pur­poses of this visit. Along with other unnamed Jews, they had aban­doned their syn­a­gogue and were praying together in another house. The doc­ument they asked the notary to draw up obligated them to return to the syn­a­gogue and not to pray or hold cabildo [council] meetings else­where with any other Jews, under a sub­stantial cash penalty. Whoever vio­lated the agreement would pay the sum to the third party, Alfonso de Córdoba, a member of the household of a pow­erful Castilian nobleman. The Rabbi and his son-in-law gave authority to “whatever judges of this city” to exact the penalty[1].

This odd doc­ument, wherein men who embraced Jewish law as upheld by their local Jewish judges sub­or­di­nated them­selves to a Christian notary and to unnamed Christian judges for the sake of account­ability to their reli­gious com­munity, reveals one way that legal plu­ralism informed group for­mation in the early modern Spanish kingdoms. Muslims and Jews in the Christian kingdom of Castile could live under their own author­ities and judges, at least til the late 15th century. They also had access to local and royal Christian author­ities, which, as here, enabled them to venue-shop for certain out­comes. In this case, Jewish cit­izens gained an out­sider’s enforcement of their oath not to splinter their own reli­gious com­munity.  It is likely that the rabbi also made a pledge within his own faith and law not to exit with a minyan (ten Jewish men) or form a new con­gre­gation, with a spir­itual rather than a financial penalty. For the sake of enforcement he turned outside the Jewish com­munity: Christian courts might well be more effective in col­lecting his penalty, and the shame of paying a Christian for failure to carry out a Jewish oblig­ation would confer addi­tional spir­itual pun­ishment.  It might also encourage Chris­tians to asso­ciate Jewish reli­gious prac­tices with their wealth, perhaps not an intended effect and an unfor­tunate one[2]. But the men invited a Christian to enforce a Jewish oblig­ation, renouncing Jewish judges’ authority in the matter, in the public space of the Christian notary’s office.

My larger project con­cerns the ways that coex­isting and co-recognized forms of law and legal insti­tu­tions, often called legal plu­ralism, shaped everyday life in the early modern Spanish and Spanish American world[3]. The exis­tence of mul­tiple legal juris­dic­tions did not imply an equality or equiv­a­lence: indeed, the con­quered or sub­or­dinate groups gen­erally had to signal their humil­iated status by paying a sum of col­lective tribute[4]. Many scholars have examined the inter­re­la­tions of these juris­dic­tions as forms of nego­ti­ation, wherein less pow­erful groups sought to bring their interests to a political table, or to assert control over par­ticular aspects of their lives. Here I want to think a little dif­fer­ently, about the ways that self-governance con­tributed to the ways that com­mu­nities under­stood them­selves and others in a complex legal environment.

Juris­diction mat­tered to minority com­mu­nities, but it also offered cues for the more pow­erful to imagine them, often con­se­quen­tially.  Spaniards and Chris­tians often under­stood Jews, Muslims, sub-Saharan Africans and Indigenous peoples through their col­lective or cor­porate presence, which could shore up beliefs about their dif­ference, including the makeup of their bodies, minds, and emo­tions. These could and did feed into popular dis­courses and policy posi­tions. In the book from which this talk is excerpted, I look at the ways that the occu­pation of space and the use of law pro­duced both internal orga­ni­zation and external per­cep­tions of these groups across the Atlantic, using fif­teenth century Seville and sixteenth-seventeenth century Lima as my case studies.

The cor­porate entities with common interests that issued law within this hier­archy were usually called “repúblicas.” Republics existed throughout the empire, from artisan guilds enforcing labor and craft stan­dards on members to municipal con­cejos or cabildos, which managed city gov­er­nance and tax col­lection. The crown created or empowered these juris­dic­tions as ways to build hegemony while del­e­gating unde­sireable tasks. Republics used law[5] to manage their internal con­cerns insofar as it did not draw the attention of royal or eccle­si­astic powers. The crown and the church, of course, always reserved the right to step in and assert control. But it was in their interest not to do so, and the crown in par­ticular played republics against one another, to shore up its own authority.

The republic model was exported to the Americas with the Spanish con­quis­ta­dores, who were empowered to form cabildos of citizen-settlers on urban fron­tiers. The crown pro­moted these cabildos but, to keep them from accruing too much power, affirmed com­peting juris­dic­tions among them, leaving all dependent on the monarch for inevitable con­flict resolution.

In the Americas, the main vehicle for con­straining the citizen-conquistadors was indigenous sov­er­eignty. Spain claimed to have con­quered American ter­ri­tories away from their tyran­nical kings and emperors, and entered into a vol­untary rela­tionship of vas­salage with their natural lords, whom the crown iden­tified as the local or regional hered­itary leaders of indigenous polities. In the Andes, this meant that local rule, the­o­ret­i­cally, was left intact via Andean kurakas, also called caciques. Kurakas, sup­ple­mented by other Indigenous author­ities, gov­erned their sub­jects, who were also sub­jects of the king and con­verts to Christianity.

As you can imagine, this juris­diction had real con­straints: the king always reserved capital pun­ishment to himself and placed most criminal juris­diction in the hands of his Spanish rep­re­sen­ta­tives, rarely allowing sub­or­dinate judges to exact cor­poral penalties. He also served as appeals court of last resort for any juris­diction. But because local juris­dic­tions could overlap or be con­tentious or ambiguous, Indigenous and Spanish author­ities came into regular con­flict over resource use, human labor, and what we might think of as ques­tions of internal coherence such as suc­cession rules for leaders and judges.       Colonial Indigenous law was also shaped by colonial inter­ac­tions: far from having con­ti­nuity with pre-conquest prac­tices, it was often mod­ified in the process of gen­er­al­ization by Spanish jurists or in its nar­ration by Indigenous lit­i­gants for Spanish ears[6]. Yet that law mat­tered, and gov­erned the lives of many Indigenous sub­jects. And, as I will argue, the way that law defined col­o­nized sub­jects — as it was used by both Indigenous and Spanish lit­i­gants — in par­ticular ways, espe­cially racial­izing ways, had unex­pected reper­cus­sions. These reper­cus­sions were both dis­cursive and material. In my pre­sen­tation, I will discuss the case of Lima and its Cercado, a walled neigh­borhood placed on the edge of the capital city in the late six­teenth century (see attached map), to illus­trate how even tenuous and deeply embedded self-governance could produce an afterlife that affected and dif­fer­en­tiated colonial subjects.