Intro­duction to Micro­lit­er­a­tures — mar­ginal writing and peace
Issue 01 — Fall 2019 — Session 01 — Micro­lit­er­a­tures: In the Margins of the Law
By Jesús R. Velasco | Published on August 12, 2019
Some introductory remarks to our seminar. We will focus on two questions. In the first place, on how to address a theory of marginal writing, of microliteratures. Secondly, whether we can address such initial theory by dealing with discourses on peace —considering that peace occupies a central role in political and social discourse, but a marginal capability to be enforced in actuality. 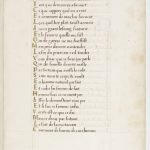 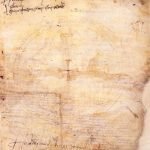 Margins or mar­ginal writing may have various meanings. The word “margin” derives from Latin margo, which refers to many sorts of edges and borders. In the first place, it probably meant to signify the land’s edges. For instance, the word referred to the sides of the riverbed (also ripae); in agri­culture, the margo would refer to the part of the field that is not intended to be plowed up into furrows. The mar­gines of the field need to be kept clean and without bad weeds that could damage the crops. As an uncul­tured, but cleaned space, it is in the tran­si­tional realm between natural, unmanaged ecosystem, and the artistic, agri-cultured space. Yet, those margins are highly tech­nical, they con­stitute a cordon san­i­taire that not only sep­arate the weeds from the crops, but also allows the agricultor her or himself to cross through the fields, to put away the tools for later use, to rest, eat, drink, etc. The margin is not a clearing in the forest, but it is, indeed, a clearing sep­a­rating the cul­tured fields from the rest of the land.

The unknown monk, author of an indovinello or riddle found on a man­u­script of Iberian origin in Verona, wrote this (making a rhyme mistake?):

(Leading the oxen in from of him, he plowed white fields, holding a white plow, and sowing black seeds.)

Writing is a manual labor in which the empty fields of the page need to be plowed with the strange tool that sows the seed of thoughts —words, ideas, all of them in black ink. The text was found on a mar­ginal place, a space of the book that was not sup­posed to be used for writing, the first blank page, or flyleaf (in Spanish página de respeto or página de cortesía). The monk has probably used it to check his tool, to see whether the quill or calamus, the stylus, or whatever other instrument he was using worked properly. This is called a pro­batio pennae or pro­batio calami.

Con­tem­porary authors, including Jacques Derrida or Cor­nelia Vissman, have also used agri­cul­tural metaphors of plowing and sowing a field to speak about writing. For Vissman, the legal pre­amble is the furrow that estab­lishes the limit of the city and civic life, as she explains in her Files [1]. Maybe because of this metaphor we live by (writing is laboring a uncul­tured land to yield some kind of pro­duction) [2] margins are the blank sides of the page, and mar­ginal writing what runs across them in the form of textual (or other) inter­ac­tions involving, also, several kind of con­tents and functions.

Metaphors do not stop at a first degree and they can pile up one upon the other, so margin and mar­ginal writing also has social, political, and other meanings that we want, at least, to mention, so that we can set an order to our dis­course: we want to know what are the things we refer to when we use a series of semantic fields. We, in fact, need to dis­en­tangle those metaphors, to see which ones are the ones that seem pro­ductive for our purpose, and which ones can also be put away at the margins of our work.

Why would the more or less abstract and amor­phous theme of peace would help us at all achieving this mission of working out a theory of mar­ginal writing and micro­lit­er­a­tures? As Murad Idris has recently argued, there is a dis­juncture within the very artic­u­lation of the concept of peace. While it pur­ports always to be an eternal, uni­versal, general concept, close readings of the the­ories of peace that vow for this uni­ver­sality show, rather, that the concept of peace holds a par­a­sitic rela­tionship with other ideas and political pro­grams. In other words, rather than being uni­versal and eternal, peace is provincial, it is a concept care­fully crafted each time in spe­cific con­di­tions (political, legal, the­o­logical), in order to convey other political actions (for instance, war).

The concept of peace achieves this because it also con­figures each time its own semantic rela­tions, that it insin­uates, carries with it: friendship, com­pan­ionship, common good, well­being, tran­quility, orthodoxy, sal­vation, and many others, which are neither always the same nor can be always defined in the same way. On the con­trary, they are mul­ti­faceted ideas that seem similar, but are extra­or­di­narily dif­ferent in the way they establish its network of political, legal, and the­o­logical actions.

Peace is at the center of political, legal, and the­o­logical dis­course; it is even at the center of the dis­course of war. And yet, it is entirely mar­ginal, external, a furrow, if your wish, from which one could cul­tivate the land of pol­itics in many dif­ferent, con­tra­dictory, para­doxical ways. One could say, in this sense, that one char­ac­ter­istic of the concept of peace is its central mar­gin­ality, or, maybe its mar­ginal cen­trality. Those are some of the reasons why maybe the concept of peace can provide us a vantage point to look at microliteratures.

There is, however, a second pos­si­bility. Let’s take two more or less peripheral medieval authors who, in the midst of civil war, decide to create a dis­course on peace. And yet, not on peace in a general way, but rather this peace, the peace of this moment in par­ticular. They are not only political writers, they are con­tem­po­raries, insofar as they decide they can intervene, somehow, in a pressing present, con­sti­tuting a pro­found dis­so­nance [3].

One of those authors is a woman, Christine de Pizan. As you can see in the image of the man­u­script, sees herself in the middle of a trans­for­mation: she is the one who speaks, she says, the one who from woman, was turned into a man, both in body (corps) and in face (voult):

She had to become a man to earn her life as a political writer for queens, kings, princes and princesses. But she always kept a certain mar­ginal position, and was heavily crit­i­cized mainly for being a woman and yet doing what she did. She was always con­cerned about the cre­ation of her texts and the cre­ation of the man­u­scripts that would hold them, designing the layout, the material char­ac­ter­istics, and the images that, in some cases, would need to accompany both her central text and her own mar­ginal writings (in form of glosses or alle­gories, for instance). Some of her political, textual inter­ven­tions indicate her interest in peace­making, and her Livre de paix, or Book of peace, the one we are reading for this seminar session, is fully devoted to the question of peace in the midst of a civil war.

In similar cir­cum­stances writes another par­tially peripheral author, Diego de Valera, a ple­beian of con­verso origin (his father, the medical doctor Alonso de Chirino, had con­verted from judaism to chris­tianity). Diego also writes fre­quently in text and glosses, using all the available spaces on the surface of the page, and his Exhor­tation to peace is not an exception. Likewise, his interest is to create a mar­ginal set of ref­er­ences that would allow the reader to find the theme of peace in his library, among the books he already owns —and has most probably not read.

Those are the con­di­tions in which we intend to explore the theory of mar­ginal writing, micro­lit­erary atti­tudes and micro­lit­erary, con­tem­porary dis­so­nances. To do that we will find some the­o­retical support reading a small part from Deleuze & Guattari’s short book on Kafka: pour une lit­térature mineure, and we will see whether the idea of minor lit­er­ature is pro­ductive here to help us in this project.

But more impor­tantly, we will begin here a the­o­retical inves­ti­gation that will accompany for the duration of this seminar, all semester long: we will be like poachers who are on the look out for con­cepts, expres­sions, some­times casual con­sid­er­a­tions from our primary sources, some­times verbal ones, some­times material or imag­inary ones. We will under­score them and work with them, to see whether we can build a the­o­retical vocab­ulary (a glossary, if you wish) with their own pro­duction —rather than applying well-known and used con­cepts from our canon of theorists.